Economic and Fiscal Impacts of the Foundry Development Project

How Elkhart, Indiana Revitalized Its Riverfront

Getting a mixed-use development approved (let alone completed) is notoriously difficult. Zoning can be hard to change, parking regulations will dictate the size of a building’s footprint, and anything can change at the drop of a hat. Still, when a plan comes together, its impacts reach far beyond the property line. Here is a mixed-use development project that followed the long and winding road to success, what made it work, and what you can take away to apply to your own development process.

The City of Elkhart, Indiana had riverfront land very ready for development. There were no existing structures, there was existing road access, river views were abundant—prime real estate. The city sought to establish a higher-end housing structure on the land which would be a first-of-its-kind project for the city. To ensure its success, the city and the developer devised a mixed-use solution which would blend the residential structure into the retail and dining fabric of the community along the waterfront.

“In addition to business attraction and retention, housing is an important component of the city’s economic development strategy,” said Elkhart Mayor Tim Neese. “Without adequate housing, the population of our city increases daily and declines in the evening, as employees return to their homes in adjacent communities and spend their hard-earned money dining and shopping elsewhere. The addition of 205 downtown units in Elkhart will help to capture a portion of that population, resulting in new income, property and sales tax revenue. We hope that this will be a catalyst for future development projects citywide and will welcome more people to live and invest in the city of Elkhart.”

Total Impact according to the 2016 analysis

What Makes it a Success?

The city didn’t put the cart before the horse. The city’s River District Implementation Team conducted a market analysis to see which of the city’s residential and commercial needs were most immediate. They found that the city could successfully support the addition of new residential rental properties very quickly based on the needs assessed at the time of the report and the trend in local interest in living in the city as opposed to more rural environs. Since revenue from residential leases would support the operations of the property, the management opted to not tie the Foundry Project’s early success to securing commercial leases. This freed the management team to be strategic and selective with commercial tenants. Excerpt from Zimmerman/Volk Associates Elkhart Residential Analysis, September 2017 American households have been changing dramatically over the past several years, in ways that should enhance the effort to support the development of the Downtown Elkhart Study Area. The significant transformation

Flaherty & Collins Properties engaged Crowe Horwath LLP to conduct the economic and fiscal impact analyses for the project. They both approached the city with the list of initial inputs and assumptions for validation before they conducted the official analysis. This not only saved time for the researchers but also secured buy-in and trust from city officials in the validity of the research.

See how other companies used the economic modeling techniques described above as well as a few other clever tricks of their own. Click on the links below to read more: 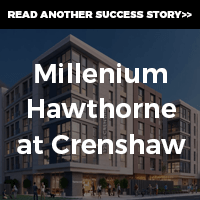 Sea to Shining Sea: How the National Park Service Used Economic Modeling to...